How To Play IDGAF By Dua Lipa

I have called this an easy to play song as it only uses 2 chord shapes through the entire song.

The challenge for the player is the way you use your fingers to play this song but with practice I am sure you will master it.

“IDGAF” (an abbreviation for “I don’t give a @@@@”) is a song by English singer Dua Lipa from her eponymous debut studio album (2017). It was released to contemporary hit radio in the United Kingdom on 12 January 2018 as the album’s seventh single. The song reached number one on the Irish Singles Chart and number three on the UK Singles Chart, as well as number 54 on the Billboard Hot 100.

How To Play Moonchild By Iron Maiden 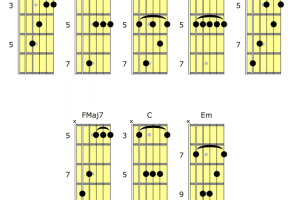