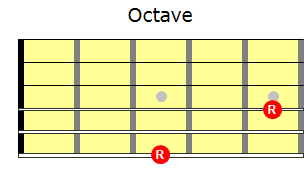 Lets get a better understanding of intervals and what they are.

Let’s consider a few intervals. The two pitches that are the same are said to be in unison. That’s a interval of ). When you tune one string to another on a guitar, you are employing unison intervals. Next comes the distance of one fret – for example, from the first fret on any string up to the second fret on the same string. This is known as a half step interval. The distance of Two frets is now as a whole step.

So we can learn each interval by its name, sound, and shape.

Simple intervals are those contained in one Octave. There are twelve half steps per octave in Western music, so there are a total of thirteen conceivable intervals. We first consider just eight of them. Below these are shown relative to the pitch of G.

Play each, memorizing their names and shapes on the guitar. 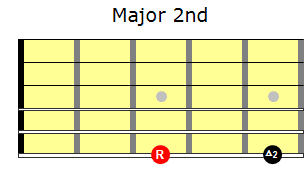 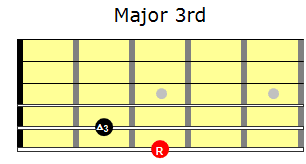 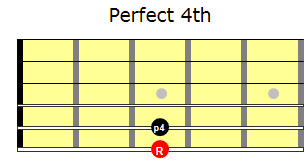 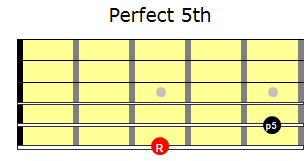 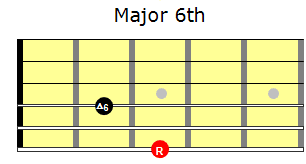 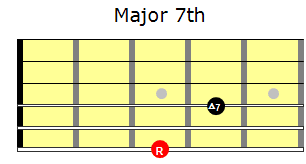 These intervals make up the structure of the Major Scale

The major scale is made up of the four perfect intervals plus the four major intervals. 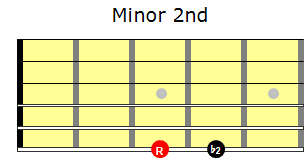 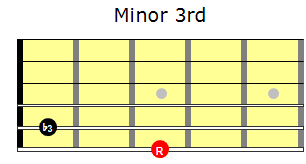 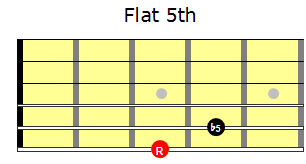 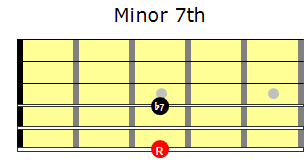 We can take both major and minor intervals to create a variety of scales and modes.

The natural minor scale is:

Dorian mode would be:

By recognizing and understand the intervals we can build scales and chords quicker and with a better understanding.

If the four perfect intervals plus the four major intervals created the major scale, it would stand to reason that the four perfect intervals plus the four minor intervals would give us the minor scale. That would make sense. But it also wrong. Just like any language, music has its exceptions. The natural minor scale is actually formed with a minor 3rd, minor 6th, minor 7th, and a major 2nd. Natural minor is typically seen as the musical opposite of major. It sounds basically dark and sad, or gothic. 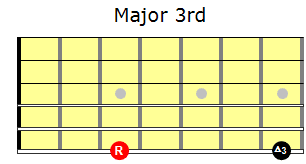 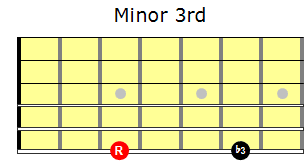 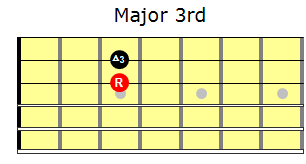 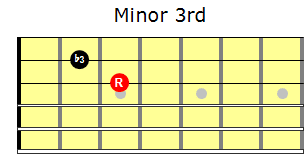 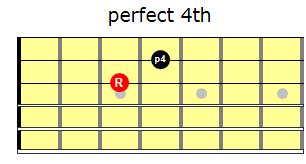 After learning the intervals, you will see how they can combine to make various musical structures and you will learn to recognize all these by ear. Know The Names Of The Guitar Strings

Parts Of The Guitar

Learn the proper names for the parts of the guitar.